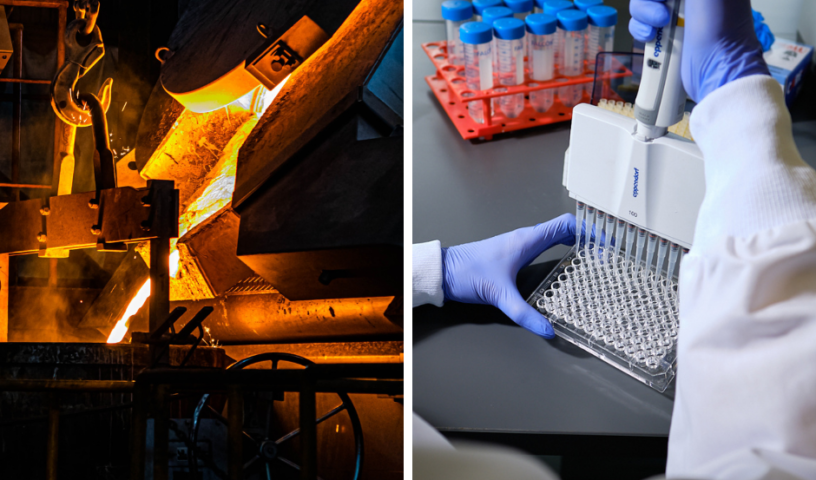 From Steel to Science: Examining the Pittsburgh Life Sciences Ecosystem

The city of Pittsburgh is known by a host of nicknames coming from its industrial roots, passionate sports fans, and unique geography. Some of these nicknames include The Steel City, The City of Bridges, The City of Champions, Blitzburgh, Paris of the Appalachians, The City with an Entrance, and The City of…Science?

Although “The City of Science” isn’t an official nickname of our beloved home (yet), it soon could be. The life sciences industry in Pittsburgh is growing at an astounding rate. To fully understand the life sciences ecosystem, it helps to look at where Pittsburgh was and where it’s going.

A History of Innovation

Throughout history, Pittsburgh has been branded as being good for one thing: steel. For most of the 20th century, steel was the primary economic driver of the city and the region now known as the “Rust Belt.”

Part of Pittsburgh’s rise as the steel backbone of America was innovation. The Scottish-born steel tycoon, Andrew Carnegie, solidified his empire in Pittsburgh with the help of an investment in a then-innovative technology known as the Bessemer Process.

In the 1970s, Pittsburgh had the distinction of being the third-largest corporate headquarters city in the United States behind New York City and Chicago. Many of the companies that grew during this time were, and still are, innovators in their respective industries.

However, it’s often forgotten that heavy industry isn’t Pittsburgh’s only export.  Local researchers, clinicians, engineers, and more are responsible for monumental discoveries and innovations in the life sciences sector.

One of the most notable innovations came in the 1940s, when the poliovirus was ravaging the United States. In 1947, the University of Pittsburgh recruited a man by the name of Jonas Salk, an established virologist (whose flu vaccine is still being used today) to a professorship. For seven years, Salk and his team discovered and developed the first successful vaccine for polio.

Throughout history, the minds of both native and transplanted clinicians, researchers, engineers, and computer scientists have been continuously changing the way we approach medicine and technology. This list includes Dr. Bernard Fisher, who extended the lives of thousands of women with his work around breast cancer, spouses Dr. Patrick Moore and Dr. Yuan Chang, who helped isolate the virus that causes epidemic cancer in HIV/AIDS patients, Dr. Freddie Fu, the world-renowned orthopedic surgeon who pioneered new techniques for more successful knee surgeries, Alan Perlis, a computer programming trailblazer and first recipient of the Turing Award, Dr. Thomas Starzl, a pioneering surgeon who would become known as, “the father of modern transplantation”, and so many more.

Over time, a variety of economic factors and technological advancements would eat away at industry and eventually bankrupt most of the region’s steel companies. By the 1980s, most of the steel production in Pittsburgh ceased. With its primary economic driver all but gone, the people and institutions of Pittsburgh had a choice to make, forge a new path or rust.

Economically, many Pittsburghers fondly reflect on the days of steel; skies of soot and clay, smokestacks cresting over hills from the valleys below, the glow and heat from foundries and furnaces, barges lumbering up and down the three rivers. Nevertheless, Pittsburgh changed. It needed to change. Luckily, industrial giants such as Andrew Carnegie and Andrew W. Mellon believed in the value of innovation and education and helped lay the groundwork for a city without steel. Their investments coupled with the historic and current efforts from the RK Mellon Foundation, Hillman Family Foundations, Heinz Endowments, and PA State Economic Development Effort have seeded some of the earliest biotech investments in Pittsburgh as well as funding for libraries, museums, local universities, grants, scholarships, and other philanthropic and community-oriented initiatives.

Today, we see the return on their investments with Pittsburgh being led forward by the minds at UPMC, UPMC Enterprises, Carnegie Mellon University, The University of Pittsburgh, and a variety of life sciences startup companies and other local universities.

“I think there were a number of factors that started to ripen at just the right time,” said Dr. Hank Safferstein, CEO of Generian and Senior Advisor at UPMC Enterprises. “Places like UPMC, Carnegie Mellon, and Pitt are well-funded, world-class institutions. Coupled with the recent emergence of big data, machine learning, and artificial intelligence, Pittsburgh has become even more of a hotspot because it plays into these institutions’ strengths.”

Steel producers of the 19th and 20th centuries realized that Pittsburgh is a unique place. The city is nestled in the coal-rich Allegheny mountains, with not one, not two, but three rivers to transport raw materials and finished steel — with a population to support it.

Today, Pittsburgh’s uniqueness comes not in the form of what raw materials are available but in the form of usable office/lab space, a growing demographic of bold and tech-savvy entrepreneurs, and a homegrown investor in UPMC Enterprises with our Translational Sciences group that has committed to investing $1B in life sciences by 2024. As an extension of UPMC’s innovative spirit, UPMC Enterprises Translational Sciences group is reinventing the way health care is practiced and delivered in a fully integrated care model by supporting best-in-class ideas and by partnering with scientific investigators to bring cutting-edge science from the bench to the bedside.

“I think it’s important to know that it’s become prohibitively expensive and complicated to start companies in places like Boston and San Francisco,” Dr. Safferstein said. “In New York, the cost of standing something up is huge and sourcing technology is increasingly competitive. It’s a tricky thing to do without the help of a blue-chip investor. Whereas in Pittsburgh, we can stand up exciting technologies into companies, and it’s a place where you can get the attention of investors because you don’t get drowned out in the noise of these other ecosystems. Having UPMC Enterprises as a partner brings so much more than just investment dollars — it’s the people they bring, the IT they bring, the full body of knowledge and understanding that a health care system like UPMC can bring to any opportunity.”

The support life sciences companies receive from UPMC Enterprises takes the form of financial investment, subject matter expertise, and guidance, along with industry-standard processes that accelerate a technology’s path to the clinic. The Enterprises model has been validated through a number of successful portfolio companies in the life sciences industry including BlueSphere Bio, Novasenta, Cerevance, Generian, Werewolf Therapeutics, and more.

“There’s a healthy ecosystem here. In the not-so-distant past, it was an industry trend to see companies go public left and right. Of course, investors want to invest because the returns are exciting. What has separated UPMC Enterprises and this ecosystem is investment discipline.” Dr. Safferstein said. “Where businesses want to grow is important because they know that the ecosystem will grow with them. They’ll be able to source extraordinary talent, source great technology and live a really good quality of life. I think UPMC Enterprises plays a crucial role in that transition from an economic development focus to a disciplined, sustainable investor-focused ecosystem. Sustainability is key to maintaining this ecosystem.”

Although Pittsburgh has traded in its hard hats for lab coats, shovels for pipettes, and blast furnaces for wet labs, the city still is true to what it has always been — a city built on hard work, innovation, and a dedication to solving the biggest challenges facing health care and beyond.

“What excites me and why I’m glad to be here is I think we’re moving in the right direction. It’s not all about building big companies, doing big things, and making big statements. It’s focusing on discovering and developing new medicines and therapeutic approaches that may not even be medicines but could be digital therapeutics, and more that have the potential to make our existence just a little bit better. It is such a great privilege of seeing the providers’ perspective every day. We speak directly to our clinicians, scientists, and researchers. Then of course understanding how the payer system looks at the practice of medicine and the delivery of medicine, it promotes making smart decisions which ultimately leads to sustainability.” Dr. Safferstein said.

In today’s life sciences ecosystem, given the vast number of communication-related technologies, companies are highly distributed and are no longer limited to one geographical area or how quickly the post office can deliver mail. Where they’re based is important but isn’t the be-all end-all, Dr. Safferstein explained, and Pittsburgh continues to attract world-class scientists, business executives, highly skilled engineers, and more from hotspots around the country and around the globe.

“Pittsburgh is a great place to be,” he said. “It’s certainly hard to compete with the ecosystems of Cambridge and San Francisco. However, what I see stand out in Pittsburgh is work ethic and realistic expectations. It seems there’s more of a go-to-work kind of mentality and a firmer grasp on realistic outcomes for any venture started here. It’s a community of scientists, clinicians, and entrepreneurs that aren’t afraid to roll their sleeves up, get dirty, and do the work that’s needed.”

Ready to find your place in the life sciences ecosystem? View our careers page for open positions. For more tips on how to run a successful startup and to become a leader in the field, browse our blog and follow us on Twitter and LinkedIn. 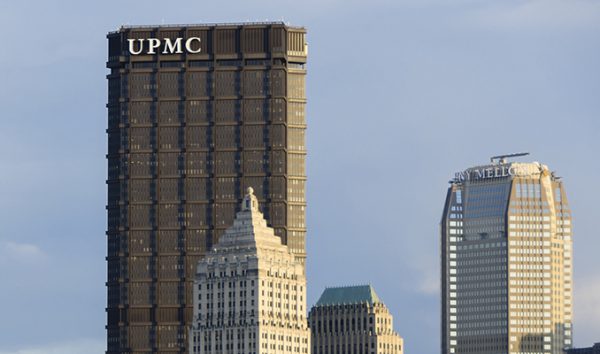 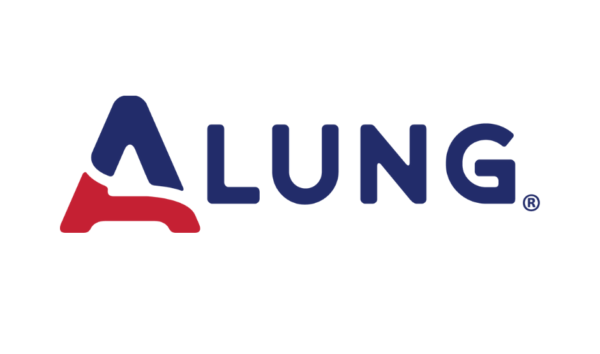 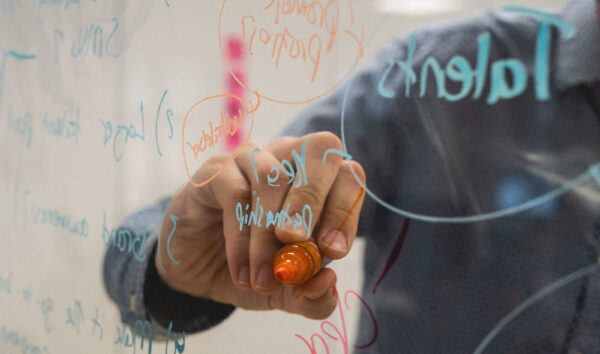 Three Benefits of Collaborating with a Health care Innovator